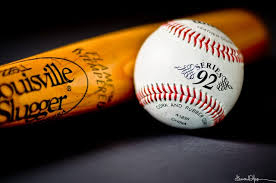 For the lovers of the bat-and-ball games, you have something to make you smile. The baseball game is here! It involves two opposing teams who do batting (the act of facing the opponent and launching a defense) and fielding. The work of the players is to throw the ball, hit it, or catch it. It requires a lot of competency and training to successfully execute the three tasks. If you are new to baseball, then you dont have to worry. In this article, we will discuss some of the basic rules of the game and also the game attire needed.

The Baseball game is not controlled by a running clock. The two opposing teams namely the host and the visiting team. They play over a certain period of the inning (the basic unit of a play). The inning is subdivided into halves. There are nine innings long in a professional baseball game. In the first half of each inning, the visiting team tries to score points (runs) while the home team tries to defend. After the three outs, the two teams altenates. One player at a time is send by the battling team to try and hit the ball.

The game is propelled by two combatants known as Picher and Batter. The Picher stands on a pitcher’s mound (raised mound of dirt) that lies 18 meters from the home plate. The Batter stands on the plate (any side of the home base), facing the Picher while holding a bat. The is started by the Picher when he tries to through the ball past the batter (to catcher’s glove). There are 8 fielders who try to catch the ball or prevent the Batter from accessing the base (scoring a point). The Better has the responsibility to protect the ball from landing to the hands of eight fielders.

Only a few types of equipment are needed to play a Baseball game. Each fielder must have a pair of gloves (nine fielders). The rest is a bat and a ball. Both Batter and Cacher must wear protective gear. A baseball is spherical in shape. It has a circumference of 23 cm. A Bat is simply 42 inched piece of wood. The helmet is worn by all the players to protect their heads from injuries. Gloves protect the player’s hands when sliding into bases. Catcher’s equipment covers the whole body of the Cacher since he is always the target. It comprises of hockey goalie’s mask, shin guards, chest protector, etc.

Baseball Diamond is the field where the game is played. It is n a wedge-shaped field that resembles a quarter circle. The field has two lines known as foul lines. They meet at the center ( home plate) and extend perpendicularly outwards. The lines create both foul territory and fair territory. The foul territory covers all the areas outside the foul line. It is also referred to as out of play territory. All the baseballs that hit this territory are not counted. However, the Cacher can catch the ball within the foul territory. Most of the game action happens inside the fair territory.